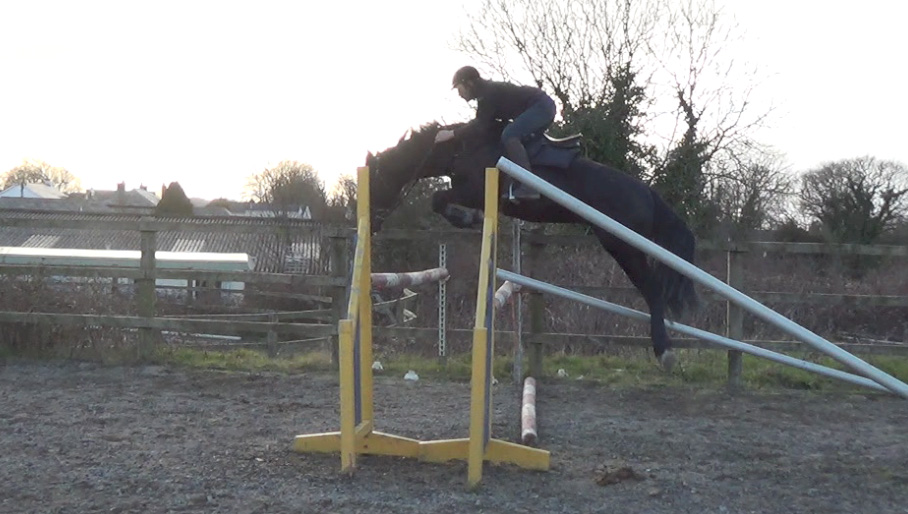 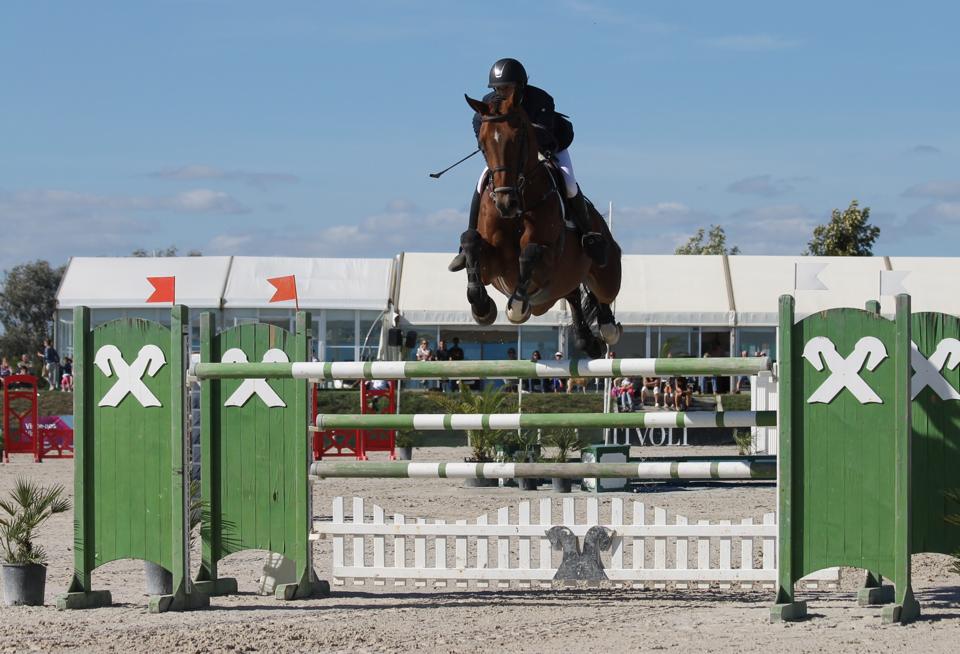 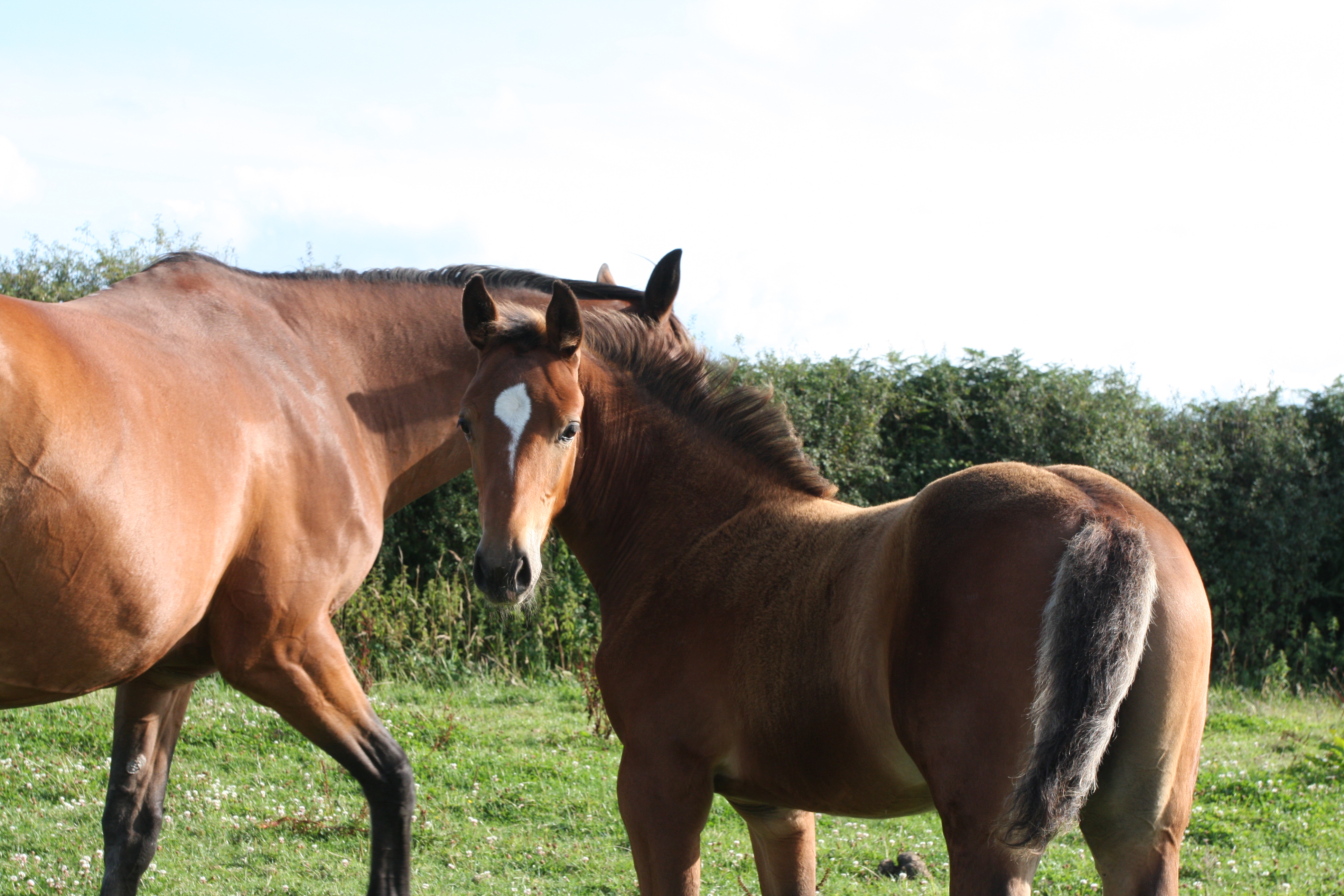 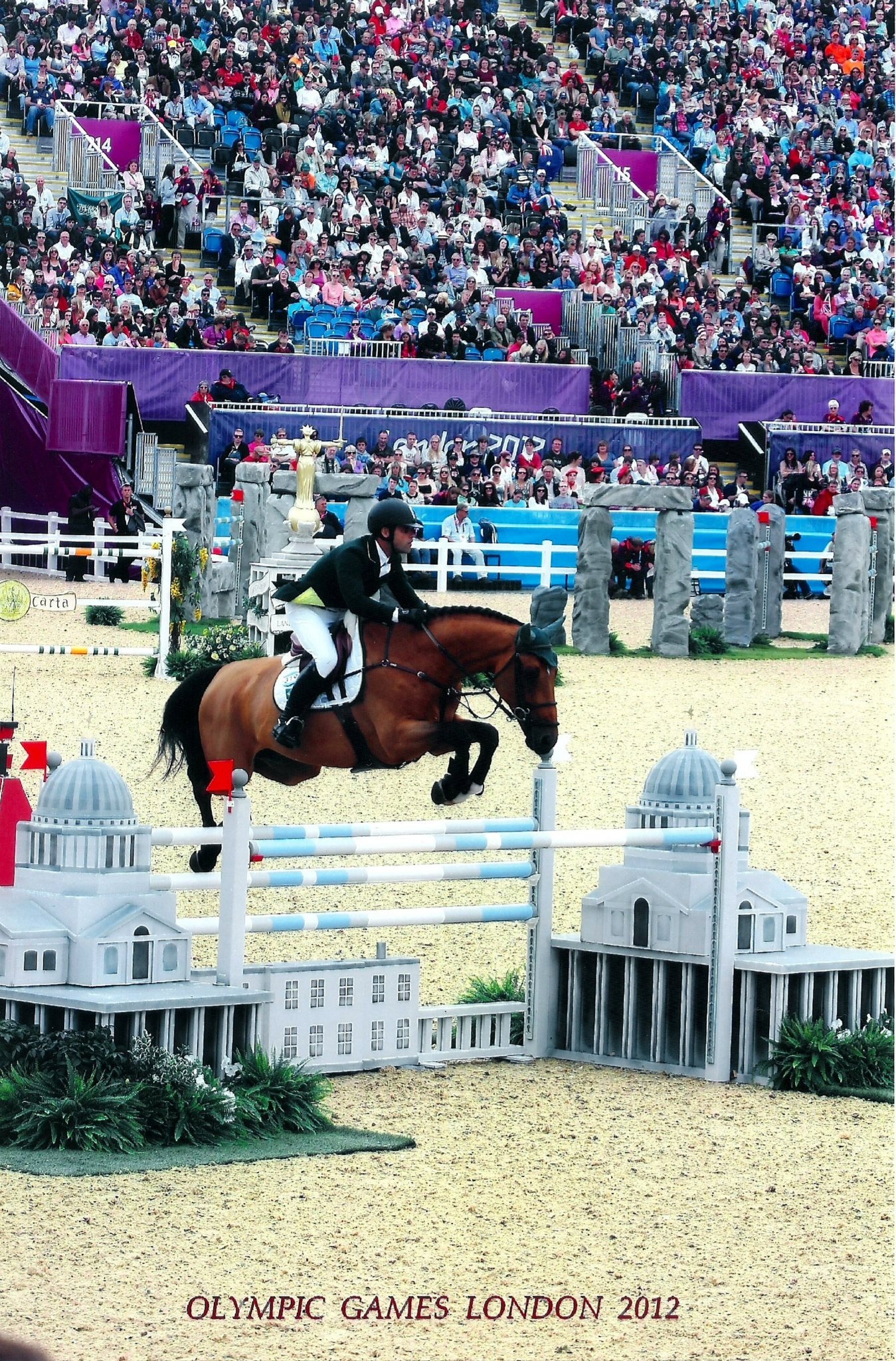 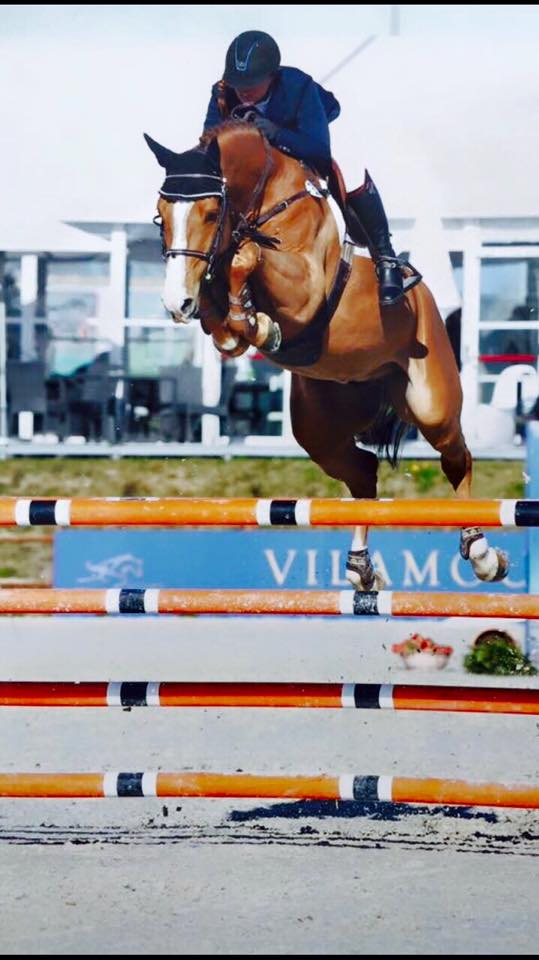 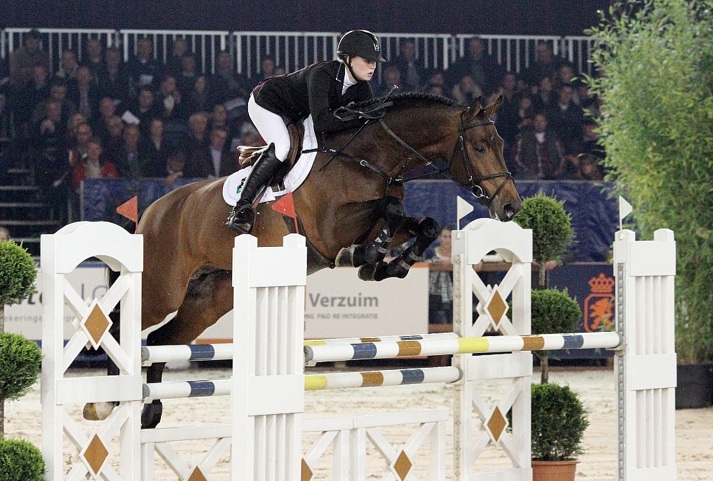 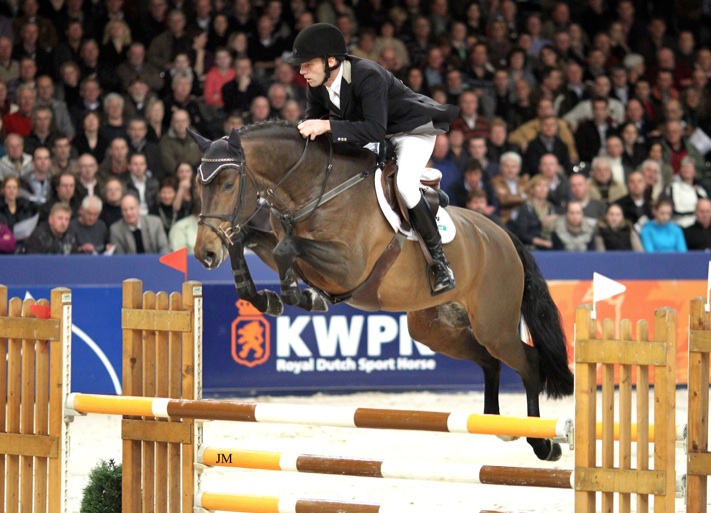 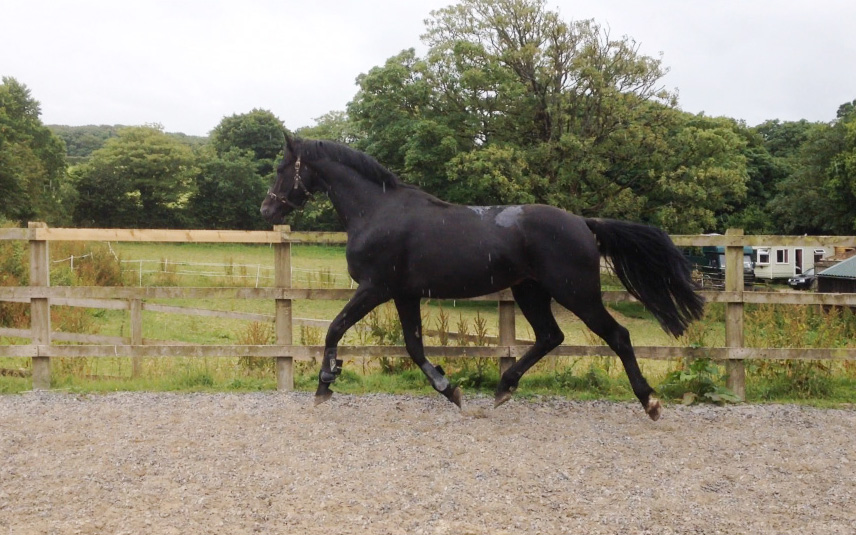 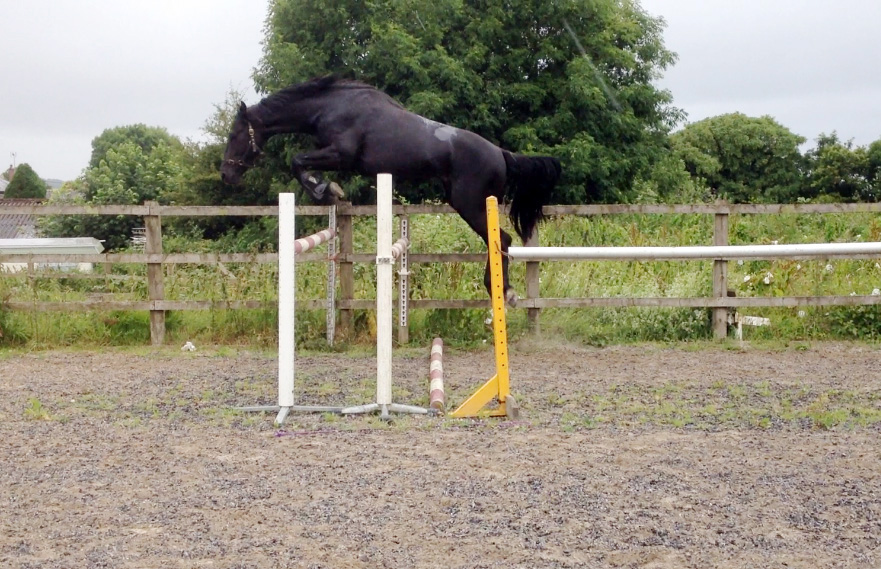 Filesco is a stunning looking horse with a great loose jump and movement. He has the most amazing temperament.

He has produced some fantastic foals for us, all great models with looks and are very athletic.

His dams full brother 'Wilexo' jumped in the London Olympics on the Brazilian Team.

We were also delighted to see Wilexo jump so well in the Hickstead Derby 2017 with rider Carlos Ribas for equal 7th (he is a full brother to the dam of our stallion Filesco)!!! Wilexo, is a top 160 horse.

Filesco is by Boss VDL who is by Indoctro out of a Nimmerdor mare - both stallions are legends in the show jumping world.

Father is Indoctro ‘Preferent’ who is one of the world’s best jumpers suppliers. The grandfather of Boss is the legendary ‘Stallion of the Century’: Nimmerdor.
Then there is the French stallion Silbersee, who jumped many Grand Prix, and Calypso II who is the father of Contender.

Mother Nisolde is a ‘Keur’ mare by Nimmerdor, when she was young she was Champion of the CK in Groningen. She scored high grades for movement and jumping in the mare test. Nisolde is also mother of the approved stallion Dakar VDL and of the international jumping horse Sunsolde, who was Champion at the National Championship Juniors.

Grandmother Isolde, also Champion of the CK in Groningen, is ‘Keur’ ‘Preferent’ mare who is mother of the international jumping horses: Paparazzi, Silbertair and Magnum.

Alesca is by the Chin Chin son Phin Phin who originates from Belgium but stands in Holland and has a blend of Holstein, Trakehener, Hannoverian and Arab bloodlines. Phin Phin was competed under Roelof Bril and is now doing a great job as a sire. Not only of jumpers but also quality broodmares bringing his technique, length, good looks and reflexes to a pedigree. Alesca herself had a foal after Filesco, a filly by Vigaro called Grabiella. Alesca's full brother is the gelding Wilexo who has competed in several 1.60m classes with Carlos Ribas (see videos of Wilexo).

Boss became as a three year old, Champion of the KWPN Stallion Approvals because of his beautiful type, good movements and his jumping technique. He met the high expectations during the stallion test. He scored 8,5 for canter, reflexes, scope, rideability, adjustment and his talent as a jumping horse.

Boss performs consistently, is easy to ride and jumps with exemplary technique. In 2012, he was successful in the Z-class. The first foals are what we expected - expression and good in type, movement with much flexibility in all gaits. He received a very good foal report.

Expected breeding value: 142
Boss VDL: Beauty, Breeding and Sport, all in one.